By The Canadian Press

WASHINGTON — The White House fight with former national security adviser John Bolton is the latest chapter in a lengthy history of Washington book battles, yet it will likely define future cases between the U.S. government and former employees determined to write tell-alls.

The government asked a federal court for a temporary restraining order to prevent the release of the book, claiming it contains classified material. But the book, set to be released Tuesday, is already sitting in warehouses. And media outlets, including The Associated Press, have obtained advance copies and published stories on the book.

The 577-page book paints an unvarnished portrait of Trump and his administration. Bolton writes that Trump “pleaded” with China’s Xi Jinping during a 2019 summit to help his reelection prospects and that political calculations drove Trump's foreign policy.

Trump on Thursday called the book a “compilation of lies and made up stories” intended to make him look bad. He tweeted that Bolton was just trying to get even for being fired “like the sick puppy he is!”

The two sides are set to face off Friday in U.S. District Court in Washington, adding Bolton's name to a long list of authors who have clashed with the government over publishing sensitive material.

The government says Bolton violated a nondisclosure agreement in which he promised to submit any book he might write to the administration for a prepublication review to ensure government secrets aren't disclosed.

After working for months with the White House to edit, rewrite or remove sensitive information, Bolton's lawyer says his client received a verbal clearance from classification expert Ellen Knight at the National Security Council. But he never got a formal clearance letter, and the Trump administration contends that the book, titled “The Room Where It Happened: A White House Memoir," still contains sensitive material.

The case “has the makings of being the defining litigation for nondisclosure agreements for decades,” said Jonathan Turley, a law expert at George Washington University who has handled cases involving classified materials for decades. “Both sides have now dug in.”

The White House has tried to use the firestorm sparked by the book to its advantage, as it looks to animate the president’s loyal base of supporters against the media and Democrats. White House aides have circulated quotes from both groups critical of Bolton in an effort to highlight what they view as a sudden embrace of the departed aide now that he’s turned critical of Trump.

Secretary of State Mike Pompeo lashed out at Bolton in a statement late Thursday, declaring him a “traitor.”

“I’ve not read the book, but from the excerpts I’ve seen published, John Bolton is spreading a number of lies, fully-spun half-truths, and outright falsehoods,” Pompeo said. “It is both sad and dangerous that John Bolton’s final public role is that of a traitor who damaged America by violating his sacred trust with its people.”

The White House insists that classified material remains in the Bolton book even though he worked on revisions for months with Knight. The government said in its court filing that after Knight finished her review, the White House ordered a second review to be done by Michael Ellis, a political appointee who has been senior director for intelligence on the National Security Council since March and previously was the NSC’s deputy legal adviser.

“The fact that the White House wanted multiple, sequential reviews is way out of the ordinary and it suggests the obvious point that there is a political motivation at work,” said Steven Aftergood, a classification expert at the Federation of American Scientists.

Ellis began his review of the Bolton book on May 2 at the behest of national security adviser Robert O’Brien. The lawsuit said Ellis has had “original classification authority” since 2017, allowing him to make decisions to classify material.

A classification expert, who spoke on condition of anonymity for fear of retribution from the administration, disputed that. The expert said it is highly irregular for a political appointee like Ellis to be involved in the prepublication process. The expert said Ellis has never done a prepublication review of a book and only received his initial “original classification authority” training, which is required every year, during the first week of June, a month after he was asked to review Bolton’s book.

Turley and other legal experts wonder why the government waited until the last minute to go to court to stop the book's release.

“It’s a rather curious way to protect classified information if you allow thousands of these books to be held in barely secured warehouses around the country," he said.

Classification battles have popped up regularly over the years.

In 2010, the Department negotiated to buy and destroy all 10,000 copies of the book “Operation Dark Heart,” a story about the Afghan war by Anthony Shaffer, a former intelligence officer. It was initially cleared for publication by Army reviewers, but when spy agency reviewers took a look, they claimed it included classified information that could damage national security.

Matt Bissonnette, who wrote “No Easy Day: The Firsthand Account of the Mission that Killed Osama bin Laden,” was ordered to forfeit an estimated $6.8 million to the federal government in 2016 when he skipped a prepublication review by the Pentagon. The Department claimed the book contained classified information. The publisher denied it did.

In 2008, a former undercover CIA officer writing under the pen name Ishmael Jones published “The Human Factor: Inside the CIA’s Dysfunctional Intelligence Culture,” which recounted his work on weapons of mass destruction and terrorism. In 2011, a federal judge ruled that he had broken the law by not going through the CIA’s prepublication review process, which Jones claimed the agency had stalled.

A case that went all the way to the Supreme Court dealt with a book by Frank Snepp, who signed a nondisclosure agreement as part of working at the CIA and then published a book about the agency’s activities in South Vietnam. He didn't get clearance from the CIA. A lower court denied Snepp royalties from the book, and the Supreme Court upheld that ruling in 1980.

The Justice Department filed a similar action over former National Security Agency contractor Edward Snowden’s book, seeking to collect all the proceeds because it didn’t undergo a prepublication review. Under the law, the executive branch has the sole discretion to determine what material is classified.

“It’s becoming clear that the whole policy needs to be reexamined and rewritten,” Aftergood said. “As it stands, it’s arbitrary and subject to abuse.”

Stephen Vladeck, a University of Texas School of Law professor who specializes in and national security law, said that while the court might be hesitant to prevent publication of the book, the Trump administration might “have a very good shot at preventing anyone from making any money off the book."

Keith Urbahn, one of Bolton’s literary agents and founding partner of Javelin, based in Alexandria, Virginia, said the book has sparked interest in the past two days from television and film representatives, but no deals have been signed. Urbahn said it’s too early to tell if the Bolton saga will lead to more books being published without full government sign-off.

Associated Press writers Hillel Italie in New York and Michael Balsamo and Zeke Miller in Washington contributed to this report.

Tribes turn to musicians to raise kids' awareness of COVID

Tabloid's lawyers seek to get Johnny Depp lawsuit thrown out

Trump says he will renew effort to end DACA protections

Country music reckons with racial stereotypes and its future

Broadway shutdown due to virus extended again until January

US consumer spending up 8.2 per cent, partly erasing record plunge

Rolling Stones threaten to sue Trump over using their songs

No. 1 Novak Djokovic, wife have virus after his exhibitions

No. 1 Novak Djokovic, wife have virus after his exhibitions

Saudi Arabia to hold 'very limited' hajj due to virus

Ex-CEO of Wirecard arrested in scandal over missing billions

Heading to these 3 states? Quarantine might be in the cards

US moves to restrict Chinese media outlets as 'propaganda'

Viggo Mortensen's career to be honoured by Spanish festival

Bayer paying up to $10.9B to settle Monsanto weedkiller case

At age 24, N.C. Congress runoff victor may be rising star

'Jaws,' 'Black Panther' and more coming back to the drive-in

Pakistan to ground 150 pilots for cheating to get licenses

Audit: US sent $1.4B in virus relief payments to dead people

Fauci: Next few weeks critical to tamping down virus spikes

Bialik and Batman: Actor teams up with DC for science book

The Dixie Chicks officially change their name to The Chicks

Landslide at Myanmar jade mine kills at least 162 people

California orders people to wear masks in most indoor spaces

Confederate monument at Ole Miss to be moved to cemetery

After 100-day wait, English soccer returns and takes a knee

Top seller 'Antiracist Baby' to be released as picture book

No active community outbreaks in BC 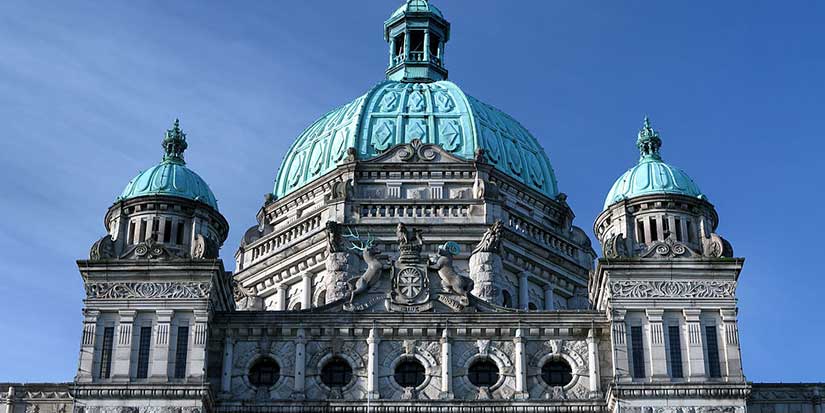 Tories ask procurement watchdog to review contracts between Ottawa, WE...

Presumption COVID-19 case in Nunavut, may be territory's first infecti...

Feds extend COVID-19 isolation order for anyone entering Canada until...

Inquiry into mass shooting in Nova Scotia facing delays due to 'techni...

Trans Mountain timeline: A look at key dates in the project's history