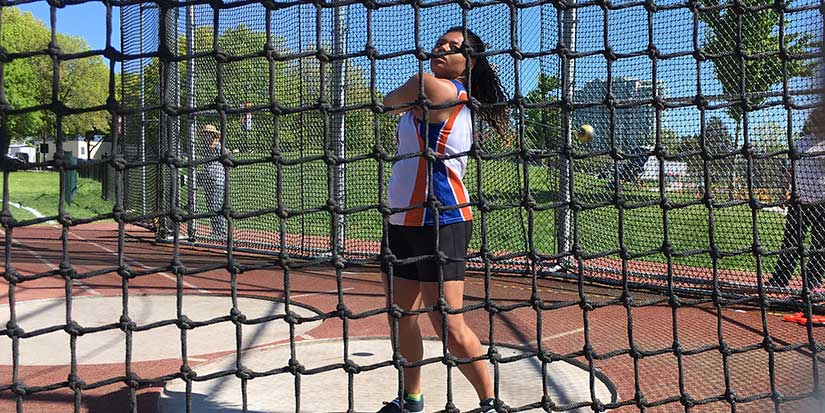 Known for raising her game when it matters most, Richmond Kajaks Track and Field Club graduate Camryn Rogers did it again Thursday at the NCAA championships in Eugene, Ore. The University of California-Berkeley junior twice broke the collegiate record to win her second straight NCAA women’s hammer throw title.

So what does Camryn Rogers do for an encore now, after winning her second straight NCAA women’s hammer throw title. And in record fashion, to boot?

How about an appearance at the Olympic Games?

That seems all but certain after the 22-year-old Richmond athlete didn’t only break the collegiate record twice Thursday (June 10) in Eugene, Ore. She literally shattered the previous meet best of 73.32 metres, opening with a meet record and eighth-best throw in the world this year with a first throw of 74.97 metres. Then on her final attempt she threw 75.52 metres, moving into the top four among the world’s best.

Sockeyes will begin No. 50 at home
KidSport Week: Celebrating getting kids into the game

Sockeyes get season off to fast start

Bail set for 'Dances With Wolves' actor as Canadian police apply for m...

Canadian soccer player describes the horror of the earthquake in Turke...

Mill closures threaten to punch holes in the fabric of rural B.C. town...

Defence, innovation ministers team up to sell D.C. on merits of workin...

AI search engines can now chat with us, but glitches abound

Hope fading as deaths in Turkey, Syria quake near 12,000

How long can people survive in the rubble of an earthquake?